Advanced materials company First Graphene Limited (ASX: FGR, “First Graphene” or “the Company”) is pleased to provide this update on its financial and operational performance for the quarter ended 30th September 2021.

While the company continues to work from a modest revenue base, growth signs are promising with a strong pipeline of demand, augmented by new appointments to the Company’s Commercial Team.

“Results from Q4 FY21 and Q1 FY22 indicate we are making positive progress with our commercial strategy as our new commercial managers begin to get traction.”

“Coupled with continued investor confidence and cash flow, along with a sharp reduction in costs, the Company is well positioned at the end of Q1.”

First Graphene successfully executed a Deed of Variation with West Australian customer newGen Group in September, increasing the supply volume of PureGRAPH® to 4800kg over three years. The variation is worth between $1.2 million and $1.44 million AUD in revenue to the Company over the term. 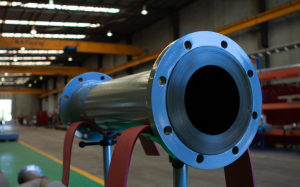 Providing protective mining wear liners and elastomeric coatings, newGen has successfully launched its ArmourGRAPH products to the mining industry, providing graphene-enhanced traditional applications. The variation sets a structured glide path for growth for both Companies and builds on the success of ArmourGRAPH-based products in newGen’s arsenal of wear protection and lining solutions.

In July the Company signed an exclusive distribution agreement with New Zealand-based GtM Action Ltd (GtM) to develop commercial opportunities for PureGRAPH® technology in the concrete sector. The term of the contract is four years with an option to extend for two. The agreement additionally gives GtM non-exclusive rights to sell PureGRAPH® to other sectors within the New Zealand market.

First Graphene’s deal with GtM was struck after research conducted by the Company and independent testing organisations showed introducing the Company’s PureGRAPH® into concrete can lead to a 34% and 27% increase in compressive and tensile strength of concrete products respectively.

A two-year agreement signed with Gerdau Grafeno Ltda. in August has opened up distribution opportunities for the Company’s PureGRAPH® products and associated application development to expand in the Americas.

First Graphene was pleased to announce its acquisition of patents to hydrocarbon conversion technology from Kainos Innovation Limited in October. The part cash, part stock acquisition sees the Company take ownership of the US-issued patents to the technology, which converts petroleum feedstock into battery grade graphite, graphene and green hydrogen in a one-step process.

The announcement followed the Company’s July release of a whitepaper and animation presentation confirming how the technology can effectively produce graphite materials and green hydrogen. This came off the back of research conducted in by the Graphene Engineering and Innovation Centre in Manchester, England.

Graphite materials produced from the process are on the rise for their use in battery anodes and coated cathodes, with market research showing the lithium-ion battery anode market is estimated to be worth US$21 billion by 2026.

In July the Company appointed Michael Bell to the position of Managing Director after leading its commercialisation strategy since January 2021.

Under Mr Bell’s leadership and in line with the Company’s strategy to grow volumes across its five primary strategic verticals, First Graphene has appointed a further two industry experts that round out the Commercial Team. The appointments complete targeted team structure and size. 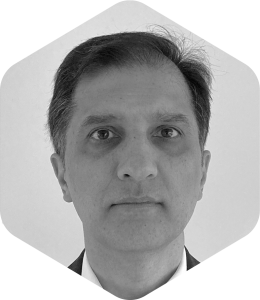 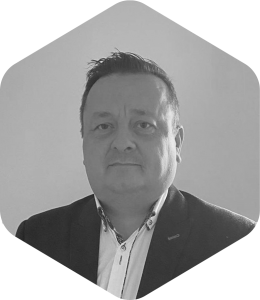 In September the Company launched PureGRAPH® MB-EVA – a second masterbatch formulation designed to fit into existing production lines for ease of use and faster adoption of graphene solutions. 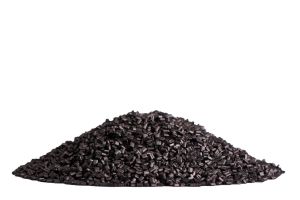 The formulation extends First Graphene’s masterbatch product range, increasing the potential applications to elastomers such as rubber systems and plastics, as well as with thermoplastics.

The Company continues to build on its new financial discipline through:

The above further cements the company’s strategy of maximizing shareholder value through prioritising sales opportunities and reducing its cash-burn rate.